What is a Submarine Depot Vessel?

Submarine depot vessels were crucial to the up-keep and maintenance of all the British submarine flotillas’ during World War Two. A depot ship was a floating workshop, accommodation and rest area and also a supply vessel. You could receive your mail, buy cigarettes, get a haircut, have a bath or dhobi (wash) your laundry. Submarine Deport Vessels were used to facilitate the carrying out of essential maintenance, transfer of fuel, ammunition and torpedoes from the depot ship to your submarine. Covered within this page are Submarine Depot Vessels directly linked with HMS/M Unbeaten. 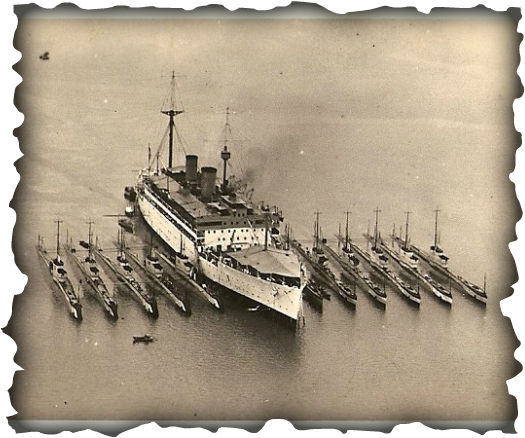 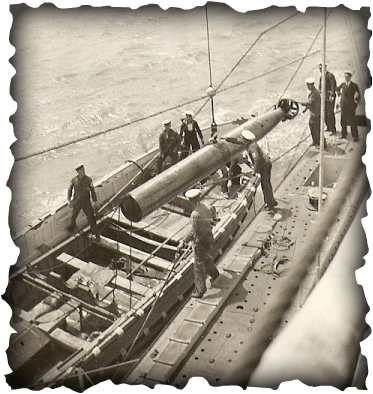 Transfer of torpedoes from HMS Medway to a submarine. 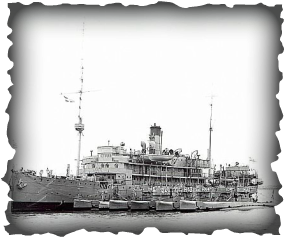 HMS Titania
When not conducting work-up exercises prior to deploying to Malta, Unbeaten was secured alongside the submarine depot ship  HMS Titania. Commissioned in 1915, Titania was an old girl and soon to be superseded by HMS Forth. Titania was destined to become the depot vessel providing advanced training quarters for the crews of the legendary two man human torpedo, known as the Chariot. However, the training would eventually culminate in a failed attack on the Bismarck-Class Battleship Tirpitz, owing to poor weather conditions. 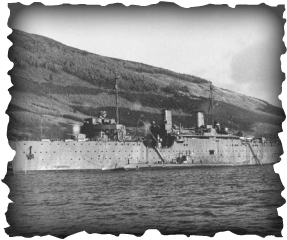 HMS Maidstone
Unbeaten visited Gibraltar on her deployment to Malta. On arrival at Gib that sunny morning, Unbeaten tied up alongside the
submarine depot ship HMS Maidstone; she was alongside, port-side-to, inside the southern breakwater, or ‘mole’ as it is known. The depot ship was well tucked in at the inner end of the extended sea wall which protects Gibraltar Harbour. As Titania was to the 6th Flotilla, Maidstone was to the 8th Submarine Flotilla. In 1939, Maidstone had taken over from HMS Cyclops as the submarine depot ship based at Malta. When the situation in Malta got too dangerous, the crucial and valued depot vessel was moved to Gibraltar. However, this was only a short-term visit and she was moved again to Algiers Harbour for a longer stay. 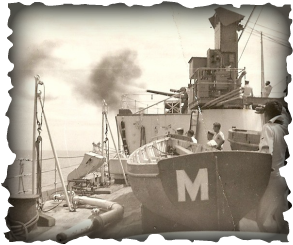 A rare photograph of 'Gun Action' on board HMS Medway.
A Submarine Depot vessel which Unbeaten was not directly linked to was HMS Medway. Several of the Special Commandos who were deployed on operations undertaken by Unbeaten were embarked on board the Medway, moored at Alexandria. The Special Command unit based on Medway was named the Folboat Section but this name was changed to become the Special Boat Section. The section was assigned to the Royal Navy and came under Captain (S1) S.M. Raw stationed on board Medway. 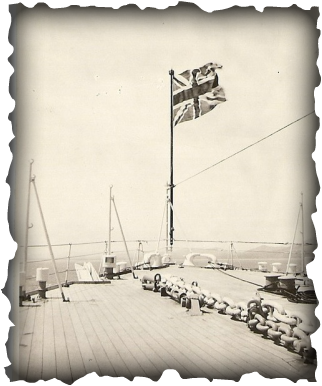 Forecastle of HMS Medway (Note the wooden deck)
A massive blow was to be dealt to the British submarines in the Mediterranean on 30 June 1942, after Unbeaten had left
the area. The VIIC Type U-boat U372 torpedoed the Submarine Depot Vessel Medway as she was making for Haifa from Alexandria. The mother hen sank quite quickly, stern first. Some 1,105 passengers and crew were rescued. Thirty men lost their lives in the sinking.

Notwithstanding the loss of life, a very important commodity was also put in jeopardy: Medway was carrying the lion’s share of spare torpedoes. Of the ninety torpedoes on board at the time of her sinking, 47 did bob up to the surface and float clear of the sinking vessel. These were recovered and put to good use. 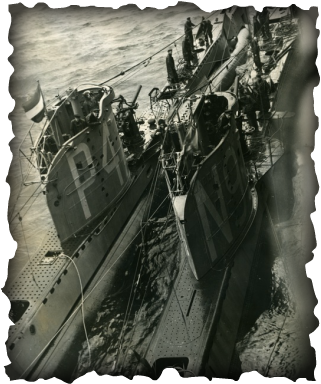 Last photograph of Unbeaten alongside HMS Forth.
In this photograph HMS/M Unbeaten is alongside the Submarine Depot Vessel HMS Forth at Holy Loch on 22 October 1942. Unbeaten was port side to in-board of the Dutch submarine HNMS/M Dolfijn. Both submarines were working up at Holy Loch.

This is the last known photograph of HMS/M Unbeaten before she disappeared after successfully completing 'Operation Bluestone'.