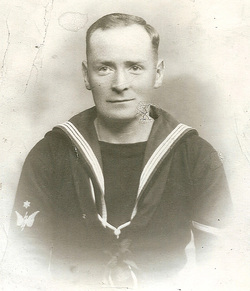 Albert E. Piper
Albert Edward Piper was 28 years old when he threw his kit bag down the forward hatch of HMS/M Unbeaten. His service documents describe Albert as not being an overly tall chap; he stood at 5ft 5in, with auburn hair, blue eyes and a fresh, freckled complexion.

It is because of Albert Piper that the story of the little known World War Two British submarine HMS/M Unbeaten is now in the public domain. The men of the very secretive and silent submarine service often took their daring actions to a watery grave. It was Albert’s story, relayed to the author by Albert’s nephew, my wife’s father, that sparked the book 'Being Silent They Speak'. All photographs of Albert are courtesy of Mrs Margaret Donothey née Piper, daughter of LS (Tel) Albert E. Piper. 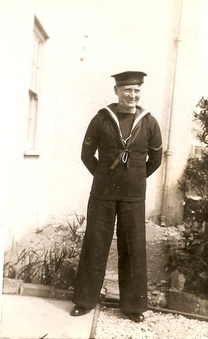 Albert E. Piper
A young Albert joined the Royal Navy as a boy sailor, second class, in July 1929. After completing his basic training at HMS Ganges he went on to serve on-board the warships HMS Renown, Rodney and Royal Sovereign, followed by some training on board the warships Malaya, Vivid and Delhi. Albert was also drafted to HMS Tamar, which was the Royal Navy shorebase at Hong Kong. This was followed in 1938 by a short spell on board the battle cruiser HMS Enterprise.

Albert was a volunteer for submarine service and entered into submarine training at HMS Dolphin on 11 November 1938. It may well have been the increase in pay that enticed Albert to join the 'Silent Service' against the express wishes of his mother, who had tried to make him promise not to become a submariner; her appeals were not to be heeded and on the completion of his submarine training Albert joined the L-Class submarine L23. 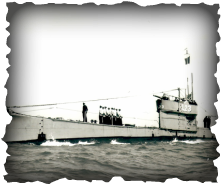 HMS/M L23
Albert's first boat (submarine) was an old World War One submarine. There were only three L-Class submarines left in service at the beginning of World War Two. This class only saw operational service for a short time before being relegated to a training role. L23 moved around as a training boat for submariners and Albert was part of the training boat's crew. L23 would be the training submarine attached to many units, including HMS Titania, Ambrose, Dolphin and Elfin. Albert remained with L23 between 1938 and 1942. Albert spent a month on-board the submarine HMS Clyde and then swiftly returned to L23. 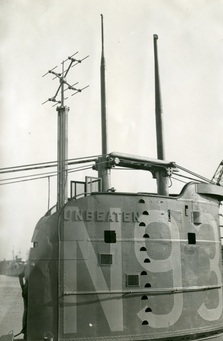 Courtesy RNSM
Leading Telegraphist Piper joined HMS/M Unbeaten in Portsmouth on 21 September 1942, prior to her sailing for post re-fit trials. It does appear that Albert was 'pier head jumped' to join Unbeaten at short notice. It was common to take people from training billets to replace people at sea at short notice; this practice continues today. You don't need to train the trainer. Ironically, Unbeaten’s penultimate stop in Great Britain would be Albert's birthplace and the home of his parents – Plymouth.

The photograph on the left shows Unbeaten alongside Devonport Dockyard for her initial fitting of Type 291w RDF and IFF. Only weeks after this photograph was taken Unbeaten was to disappear with all hands. 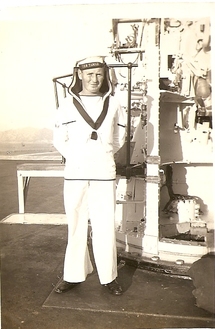 HMS Tamar Hong Kong
Albert's family received the dreaded letter from the Admiralty saying:
"It is with deep regret that I have to inform you that your son has been reported missing on war service..."

The letter concludes with the poignant paragraph:
"There is insufficient evidence at present to show whether your son may still be alive or not, but I will write to you again as soon as possible."

The crew and Unbeaten's final resting place have never been officially confirmed. Albert E. Piper and his crew mates are still on patrol.

A big thank you must go to Albert's daughter for kindly allowing me to share this information about the brave father she never met.