A Short History of the Royal Navy Submarine Jolly Roger 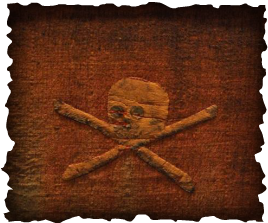 The Original Jolly Roger
The feared Jolly Roger of the 18th century is intrinsically linked with the swashbuckling sea pirates of old. As a general rule all sailing ships held many different flags on board for signalling other vessels when transiting the high seas.

Each flag or sequence of pennants had their own specific meaning which could be read at a distance by telescope. This form of signalling is still used by naval ships and merchant vessels around the world today.

The Jolly Roger was one of the more foreboding signals which seafarers did not want to see coming over the horizon. The Jolly Roger signal flag was often black or red and may have had a design applied to it - or sometimes no design at all.

The name Jolly Roger is said to derive from an old French term ‘Jolie Rouge’ which translates to mean 'Pretty Red’. It was said that if a privateer or pirate ship raised a black flag this meant that the ship being attacked should surrender with no resistance, on the assumption and that her crew would be spared. If this was not the case and the vessel being attacked resisted, a red flag could be raised by the attacker, no mercy would then be shown to the unfortunate ship’s crew by the attacking pirates. 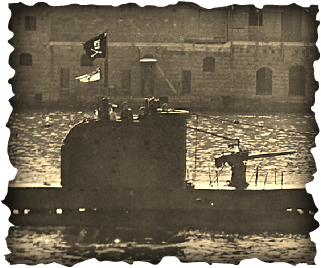 Photo: Authors Collection
Much later in 1910 Admiral Sir Arthur Wilson VC was appointed to the position of First Sea Lord of the Royal Navy. Arthur Wilson was known to be very autocratic, often abrasive, and frequently inarticulate. He only remained in office for 2 years and then retired after differences on policy matters with the then First Lord of the Admiralty, Winston Churchill.

It is interesting to note that after several Navy’s, including the Royal Navy, had adopted the new-fangled submarine, Admiral Wilson was quoted as saying: ‘submarines are underhand, unfair, and damned un-English’.

Wilson also said that he would convince the British Admiralty to have the crews of enemy submarines who were unlucky enough to be captured during wartime - hanged as pirates. 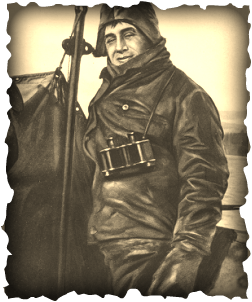 Admiral Wilson's statement obviously appealed to a matelots sense of gallows humour and was acted upon by a then young Lieutenant Commander, Max Horton (pictured left). Horton was the Commanding Officer of the British submarine HMS/M E9.

Max Horton's E-Class submarine was the first to fly the Jolly Roger on her return to port after sinking the German cruiser SMS Hela and the destroyer SMS S-116 in September 1914.

This fine tradition stuck and carried on throughout World War One and all the way through World War Two. This ritual is still observed today, as it was then, with submarines hoisting a locally manufactured Jolly Roger when entering port after a successful wartime patrol. The black flag is then lowered during the first night alongside. 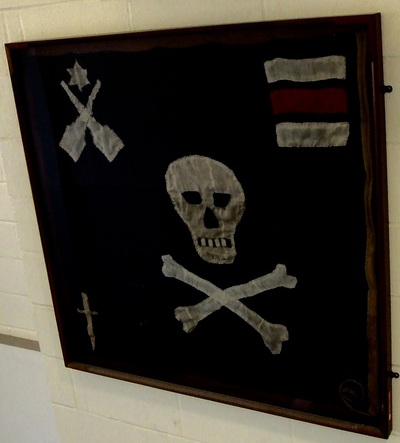 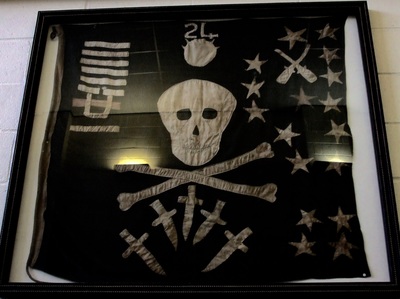 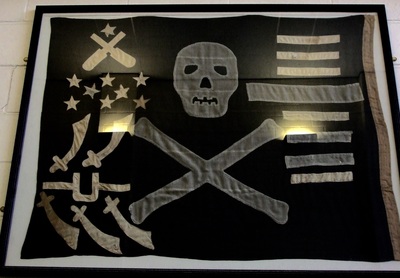 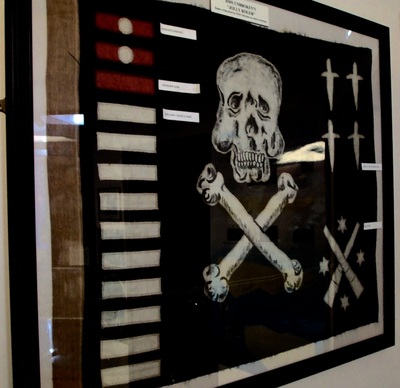 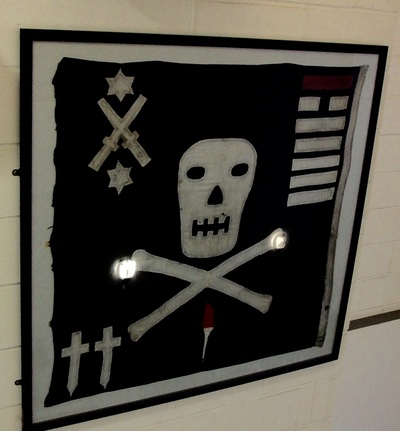 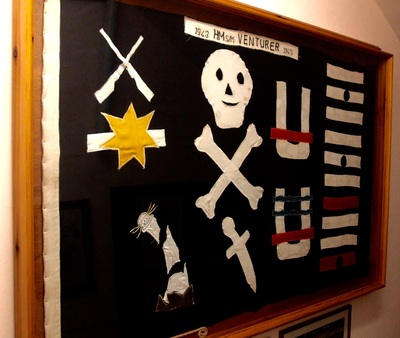 Click on the Jolly Rogers to find out more!

It was not uncommon for a successful Royal Navy submarine to fill up one Jolly Roger and start on another. Contrary to popular belief, in most cases the solid white bar does not signify a vessel sunk. It does in fact signify a torpedo attack either a singular or multiple spread attack. One white bar per attack.

"If you have any photographs of submarine Jolly Rogers, I would love to see them. Please contact me at the 'Author Page' "