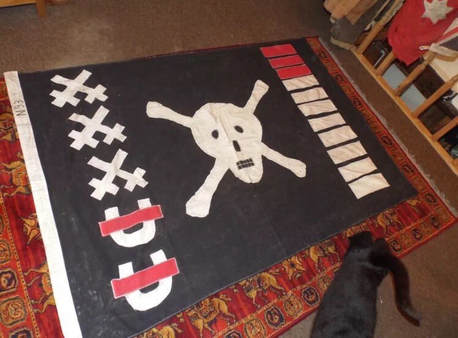 The Ten Tooth replica of Unbeaten's Jolly Roger is taken from the original replica made by David J.B. Smith in 2015. It also incorporates the random N93 on the top left edge of the flag - a design trait carried over from the Eight Tooth flag.

This flag also appeared on eBay in 2017 and achieved a three figure sum at auction. Fortunately it has not been seen in public since... so watch out for this one.
back to main page