A Fantastic New Discovery and the Story Behind it

The photograph below shows Unbeaten's Jolly Roger being held aloft by two of her crew in April 1942. It is important to note that no more symbols were added to the Jolly Roger prior to her loss on 11/11/1942.

In the photograph Unbeaten is alongside the wall at Gibraltar after successfully completing several Mediterranean patrols during 1941 and 1942. She had berthed to disembark a 'Special Commando' whom she had collected via a transfer with HMS Upholder. Unbeaten and her crew were the last to see the U-Class submarine Upholder before she vanished, never to be seen again. One of Upholders Jolly Rogers is on display at the Imperial War Museum. 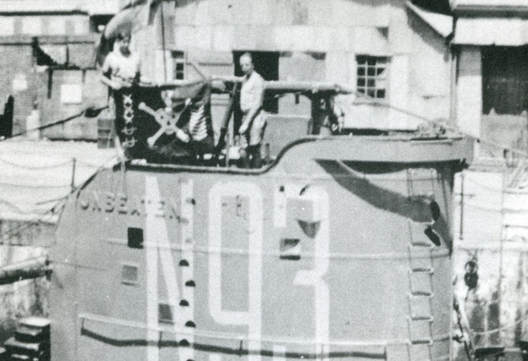 Photo RNSM
​Shortly after this photograph was taken Unbeaten returned to Great Britain to undergo damage rectification and the fitting of new RDF equipment. While the submarine was alongside, her commanding officer, Teddy Woodward, and several of the crew visited Brighton & Hove. They were guests of honour at a reception to commemorate the towns stirling efforts in raising a large amount of money over the period of the towns Warship Week. 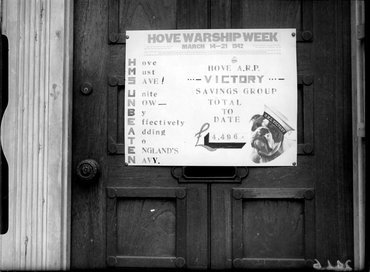 Photo Argus
​​During the latter part of Unbeaten’s time in Malta, a massive government fundraising effort took place back in Great Britain. It was known as Warship Week. In a nutshell, Warship Week was organised to encourage towns and cities to raise money to try to meet the cost of a particular warship or submarine. The figure set was relative to the town or city’s size. Once a sizable sum of money was raised, the town or city would adopt the vessel in question. Unbeaten would become the adopted submarine of the good people of Hove. This town’s Warship week was 14-24 March 1942. The money-raising slogan devised by the people of Hove was: ‘Hove Must Save…Unite Now By Effectively Adding To England’s Navy.’ The first letter of each word when put together spelt ‘HMS Unbeaten’.

​The people of Hove managed to raise a massive £521,000, although the actual target, based on the size of Hove, was only £425,000. However, adoption went further than just money. It gave the general public a warm feeling to think that they were doing their bit for the war effort. Schools and churches would provide and donate additional comforts to the crews of adopted vessels. Woollen socks and scarfs were not uncommon items to be donated to the adopted submarine. Schoolchildren would often write letters and cards to the crew to cheer them up. To thank the generous people of these towns and cities, warship and submarine crews would visit the adoptive areas and very often a parade would ensue. Half of Unbeaten’s crew made such a visit to the Hove Municipal Borough shortly after their arrival back in Great Britain in 1942. 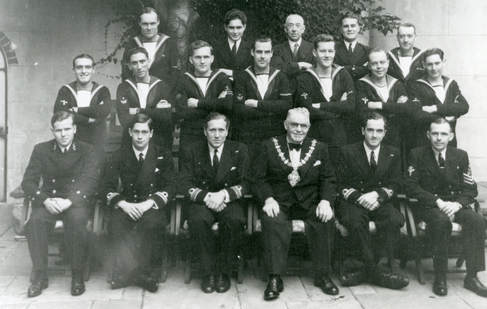 Photo RNSM
​
This photograph of half the crew was taken on the day of the visit and shows the men all together, along with two local dignitaries. The names of the men (from left to right, starting at the back row) are as follows:

​Over half the crew pictured here died on board Unbeaten in November 1942.

Not the same Jolly Roger 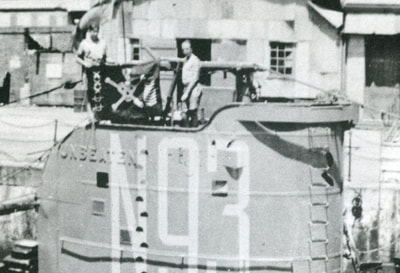 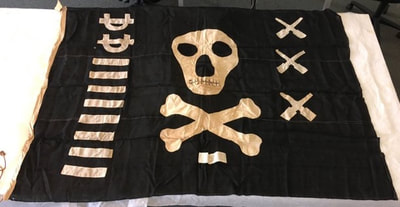 Photo Brighton Museum
During the crew’s visit to Hove the commanding officer of Unbeaten presented the Mayor, Mr A.H. Clarke, with a Jolly Roger. The flag presented by the submarine captain was always thought to have been the original and most treasured symbol of Unbeaten’s achievements during her Malta war patrols. It was also thought that this flag was lost forever during the Blitz. Hove Town Hall was badly damaged during a German bombing raid soon after the flag’s donation. It now appears this was not the case.

The newly discovered flag (right above) has different success marking to the last photograph of Unbeaten's Jolly Roger (left above) taken at Gibraltar in 1942 after her last war patrol. However, the labels found at Brighton museum which accompanied the flag (right above) authenticate it as the one given by Unbeaten's crew to the Mayor and the Hove corporation. It is my belief that the Jolly Roger in Brighton museum is a success flag made specially by the crew of Unbeaten - but not her actual patrol Jolly Rodger. 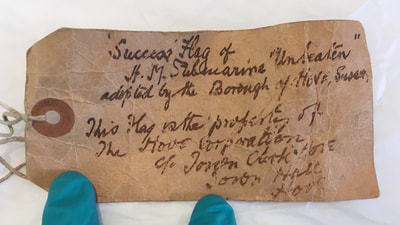 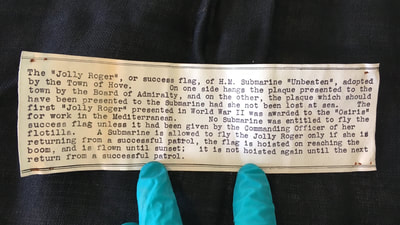 Photo Brighton Museum
Although the loss of Unbeaten would have been a serious shock to the people of Hove, the public managed to rally together and raise more money to adopt another submarine – HMS/M Simoom (P225) was one of the new Group 3, S-Class submarines. Sadly, this submarine was subsequently lost in November 1943 with all hands.
Back to Main Page